How is Halloween Celebrated Around the World? Find Out Here! 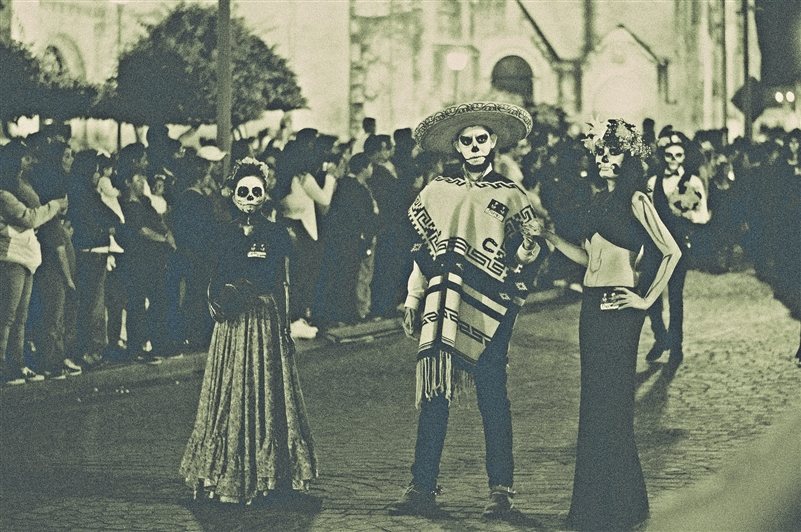 Photo by: StockSnap via Pixabay

Here in the U.S., billions of dollars is spent on the Halloween holiday. From the candy and costumes to the spooky decor that takes over front yards and insides of homes, it's no wonder it's one of the biggest money-making holidays.

But, do all countries celebrate the spooky holiday the way we do? Some places do things a bit differently, while other places don't celebrate it at all. Take a peek below at some countries throughout the world and read about how they honor Halloween!

Austria
Austrians will leave out bread and water on Halloween night, along with a lighted lamp on a table. It was once believed that doing these things would welcome the dead souls back to Earth on a night that Austrians considered to be magical.

Belgium
In Belgium, it is believed that it's unlucky for cats to cross one's path, and that it's also unlucky for it to travel on a ship or enter a home. On Halloween night, the custom is to light candles in memory of relatives who have passed away.

Canada
In Canada, the Halloween celebrations are pretty similar to those here in the US. Children go door to door trick-or-treating, jack o'lanterns are carved, and homes are decorated with pumpkins and corn stalks.

China
The Halloween festival in China is known as 'Teng Chieh' and for the holiday, water and food is place in front of photos of deceased family members while lanterns and bonfires are lit in order to light the paths of the spirits as they travel Earth on Halloween night.

England
In addition to Guy Fawkes Day, which is celebrated on November 5th, when bonfires are lit throughout England, some rural areas will also place turnip lanterns on gateposts to protect their homes from spirits who roam the Earth on Halloween night. Another tradition was to throw objects such as vegetables, nuts and pebbles into a bonfire to scare away the spirits.

France
The French don't celebrate Halloween to honor the dead, and it is regarded as an "American" holiday, and wasn't even known in the country until about 1996. A number of people will still enjoy parties and costume events, though, and stores and homes are decorated as well.

Germany
On Halloween night, those in Germany put their knives away. They do this because they do not want to risk harm to or from the returning spirits.

Hong Kong
In Hong Kong, the Halloween celebration is called "Yue Lan," which means the Festival of Hungry Ghosts. It is believed that during this time, the spirits roam the Earth for 24 hours. Some people will burn picture of money or fruit, believing that these images would reach the spirit world and bring comfort to the ghosts.

Japan
Halloween isn't celebrated western-style in Japan. The Japanese celebrate the "Obon Festival," also known as "Urabon" or "Matsuri." The festival is similar to Halloween celebrations that are dedicated to ancestor's spirits. Special foods are made and red lanterns are hung everywhere. Candles are then lit and placed into lanterns, which are then set afloat on rivers and seas.

Korea
The Halloween festival in Korea is known as "Chusok." During this time, families thank their ancestors for the fruits of their labor. To pay their respects, families visit the tombs of their ancestors and make offerings of fruits and rice. The "Chusok" festival takes place in August.

Mexico, Latin America And Spain
In Mexico and Aztec-influenced Latin America, Halloween is known as "El Dia de los Muertos," the Day of the Dead. The festivities include a three-day celebration that kicks off on October 31st and continues through to November 2nd. This ancient tradition has been transformed throughout the years but was originally supposed to celebrate children and the dead in prehistoric Mexico. Parades are held in the villages, people dress up as skeletons and dance in the streets.

Sweden
The Swedish celebrate "Alla Helgons Dag," which is honored from October 31st to November 6th. On the Eve of Alla Helgons Dag, many celebrate and the work day is shortened, just like many other holidays that have an Eve.