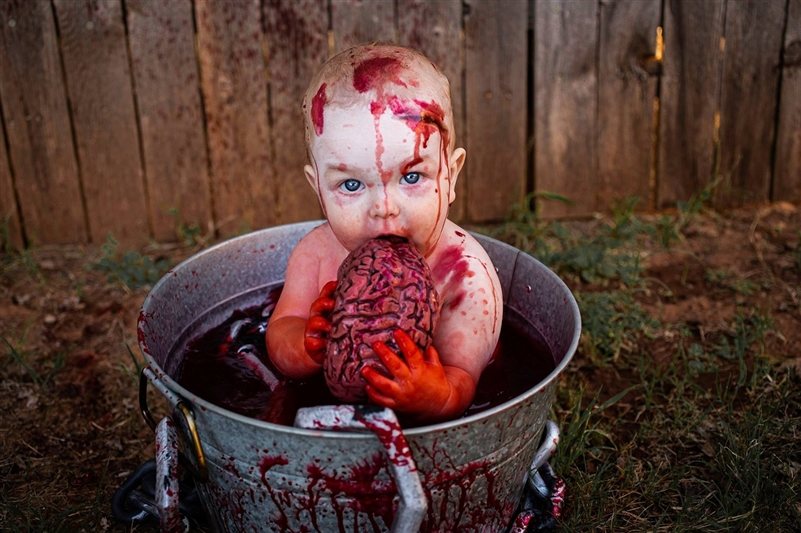 When there are zombies, there’s going to be blood. There was plenty of that, or at least what looked like blood, in photos taken by Oklahoma mom Bobbi Rylant of her baby. The photo portrayed her baby sitting in a bucket of fake blood while eating a brain like a zombie would.

In Rylant’s Facebook post, she said “…happy spooky season from Zombie Kamden!!” and she also added that “No babies where harmed in the making of these photos.” Little did Rylant know that shortly after posting her photos that it’d go viral. 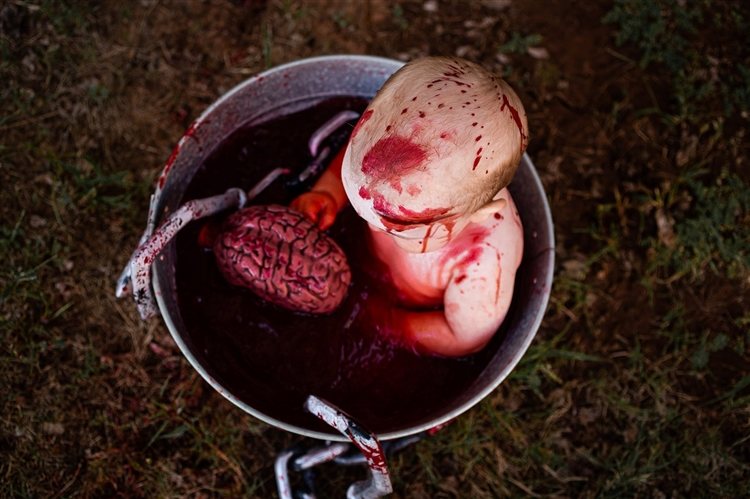 Let us know what you think – is this awesome or too gruesome?